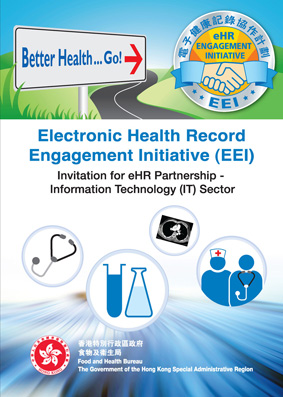 Taking into account the partnership projects and development needs raised by private healthcare stakeholders during the first stage EEI, the eHR Office launched the second stage EEI invitation in November 2010 to invite the IT professional bodies and private IT vendors to submit EEI proposal on their engagement in development of innovative solutions contributing to the development of the eHR Sharing System. Submission of final proposals for the second stage EEI was closed in January 2011 and over 50 EEI proposals were received from information technology sector.

Implementation of on-going engagement plans for the second stage EEI partnership proposals commences in 2012. Engagement meetings will be arranged and briefing programmes will be scheduled regularly to facilitate the promulgation of eHR standards and make available eHR technology in possession by the Government or Hospital Authority.

Two EEI Stakeholder Forums were conducted on 23 November and 6 December 2010 respectively with participation of over 200 stakeholders from the IT sector.